What is moped crime?

The popularity of food delivery services, such as Deliveroo, Just Eat & Others have been blamed for a general increase in mopeds on the roads, which in turn allows moped thieves to complete the first stage of the operation: Easily blending in amongst the general population, Scanning and looking for their target without any suspicion.

Typically, thieves can be seen riding with two people per moped, looking specifically for valuables. When the driver sees a pedestrian on their phone or wearing what looks like an expensive item of jewelry, they will start stage 2 of the operation; swerving towards the pavement or target, Allowing the pillion passenger to grab the bag, wallet, phone, or watch, for example. Often snatching and escaping the scene within 30 seconds. It is very quick for an unsuspecting victim, who may be engrossed in their conversation or day to day routine.

In general, the public have become increasingly unaware of their surroundings, making us all easy targets. but victims can just as easily be sitting in a queue of traffic or at a red traffic light.

However, thieves Despite their choice of career are often highly driven and determined individuals. This means they will do anything legal or illegal to continue their operations.

Police records & information are easily available to the public, allowing thieves to remotely access resources which can aid their getaway. For example, thieves are now aware that for health and safety reasons police cannot aggressively chase those on mopeds that are not wearing a helmet, this is a health and safety loophole they know they can exploit. Employing police health & safety restrictions to aid the getaway of a scooter or moped allows thieves to easily escape without charge and incentive enough to offend again.

What can you do?

Often If a crime in progress is lasting too long the moped thieves will begin to panic and move onto another target, for them speed is key and any second you delay the thieves will assist both police and civilians around in the capture of the suspected individuals.

As the vehicles the thieves are operating will be greatly limited in speed & power. They will often not chase you if you are able to safely maneuverer into a highly public area.

Here is some advice to follow to help prevent you crossing paths with those committing moped crime. You should always try to avoid using your phone when walking about on the street but if it is not feasible:

What are the police doing?

New tactics introduced by the Metropolitan Police Service have helped to drive a sharp fall in moped-related crime in London.

In April 2017 there were 1,512 thefts of scooters, mopeds, and motorcycles, according to the Met’s official data, which compares crime in the 12 months from April-March 2017/18 with the same period a year earlier.

In the month of March 2018, the number of scooters, mopeds and motorbikes stolen in London fell to 756 – a 50 per cent reduction.

The Mayor of London Sadiq Khan highlighted the fall on Good Morning Britain in an interview with Piers Morgan and Susanna Reid and explained how the Met Police has introduced new tactics, including using light-weight police motorbikes and remote-control tyre deflation devices, to take on criminals.

Officers also began using DNA spray, which tags riders’ bikes, skin and clothing with an invisible forensic marker which is revealed under a special light, allowing police to identify offenders. 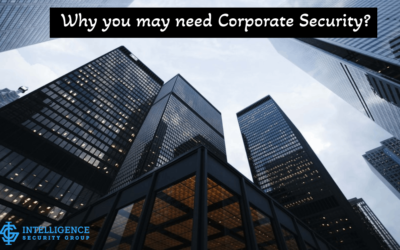 Why you may need Corporate Security?

As cities across the United Kingdom slowly open and get busier, the danger of criminals targeting your business... 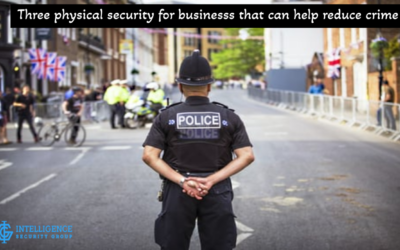 Three physical security for business’s that can help reduce crime?

There are variety of ways in which you'll be able to make it clear to the public that security is something you’re... 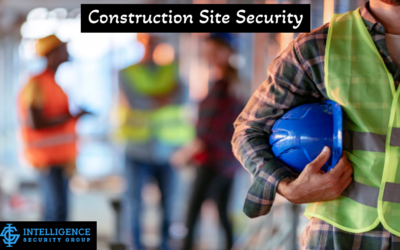 Anyone who works within the construction industry understands the challenges of protecting their site from crime. With...

This website uses cookies to improve your experience while you navigate through the website. Out of these, the cookies that are categorized as necessary are stored on your browser as they are essential for the working of basic functionalities of the website. We also use third-party cookies that help us analyze and understand how you use this website. These cookies will be stored in your browser only with your consent. You also have the option to opt-out of these cookies. But opting out of some of these cookies may affect your browsing experience.
Necessary Always Enabled
Necessary cookies are absolutely essential for the website to function properly. These cookies ensure basic functionalities and security features of the website, anonymously.
Functional
Functional cookies help to perform certain functionalities like sharing the content of the website on social media platforms, collect feedbacks, and other third-party features.
Performance
Performance cookies are used to understand and analyze the key performance indexes of the website which helps in delivering a better user experience for the visitors.
Analytics
Analytical cookies are used to understand how visitors interact with the website. These cookies help provide information on metrics the number of visitors, bounce rate, traffic source, etc.
Advertisement
Advertisement cookies are used to provide visitors with relevant ads and marketing campaigns. These cookies track visitors across websites and collect information to provide customized ads.
Others
Other uncategorized cookies are those that are being analyzed and have not been classified into a category as yet.
SAVE & ACCEPT